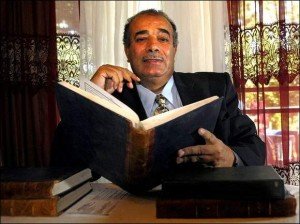 The APT board of directors includes Dr. Dennis Hale and Sheikh Dr. Ahmed Mansour. Dr. Mansour is an Al Azhar-educated reformist Islamic scholar who fled his native Egypt after persecution by radical Islamists and imprisonment by Egyptian authorities. He is the spiritual leader of a reformist movement of Islam called the Quranists. He was a fellow at Harvard’s Scholars at Risk program and is a member of the Free Muslims Coalition. In 2004, together with Dr. Dennis Hale and Steven Cohen, Mansour co-founded Citizens for Peace and Tolerance, an interfaith group of Christians, Muslims and Jews that most vocally raised concerns about the radical Islamist ties of the Islamic Society of Boston.