Jews are awakening to the sad reality of their “defense department”’s failure and beginning to make their voices heard.

On Thursday, November 10, the Jewish Leadership Project “picketed” the ADL’s national conference in New York City with an ad-truck parked in front of the venue and drove through the streets of Manhattan with the following messages:

ADL has failed the community. ADL is a fraud. 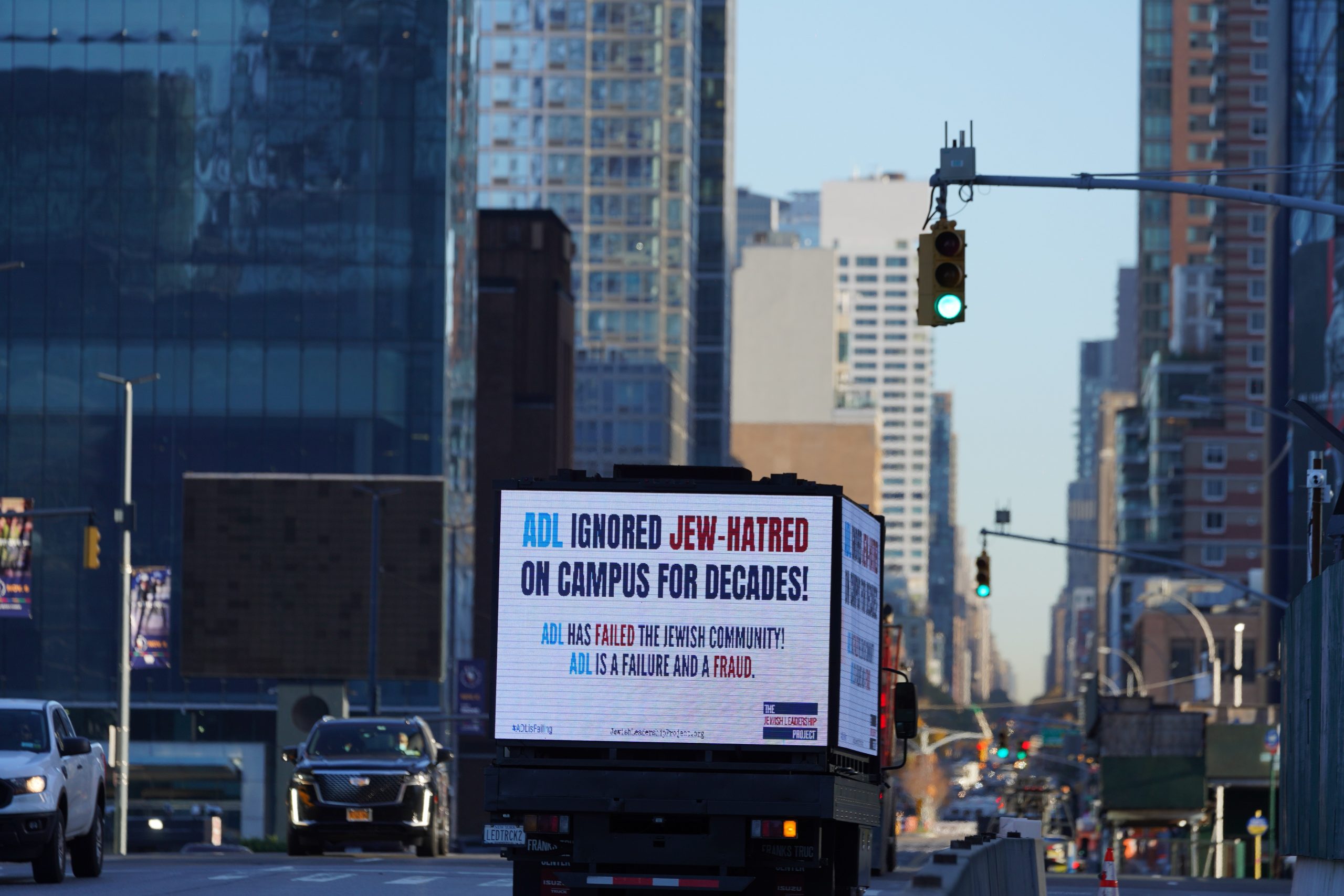 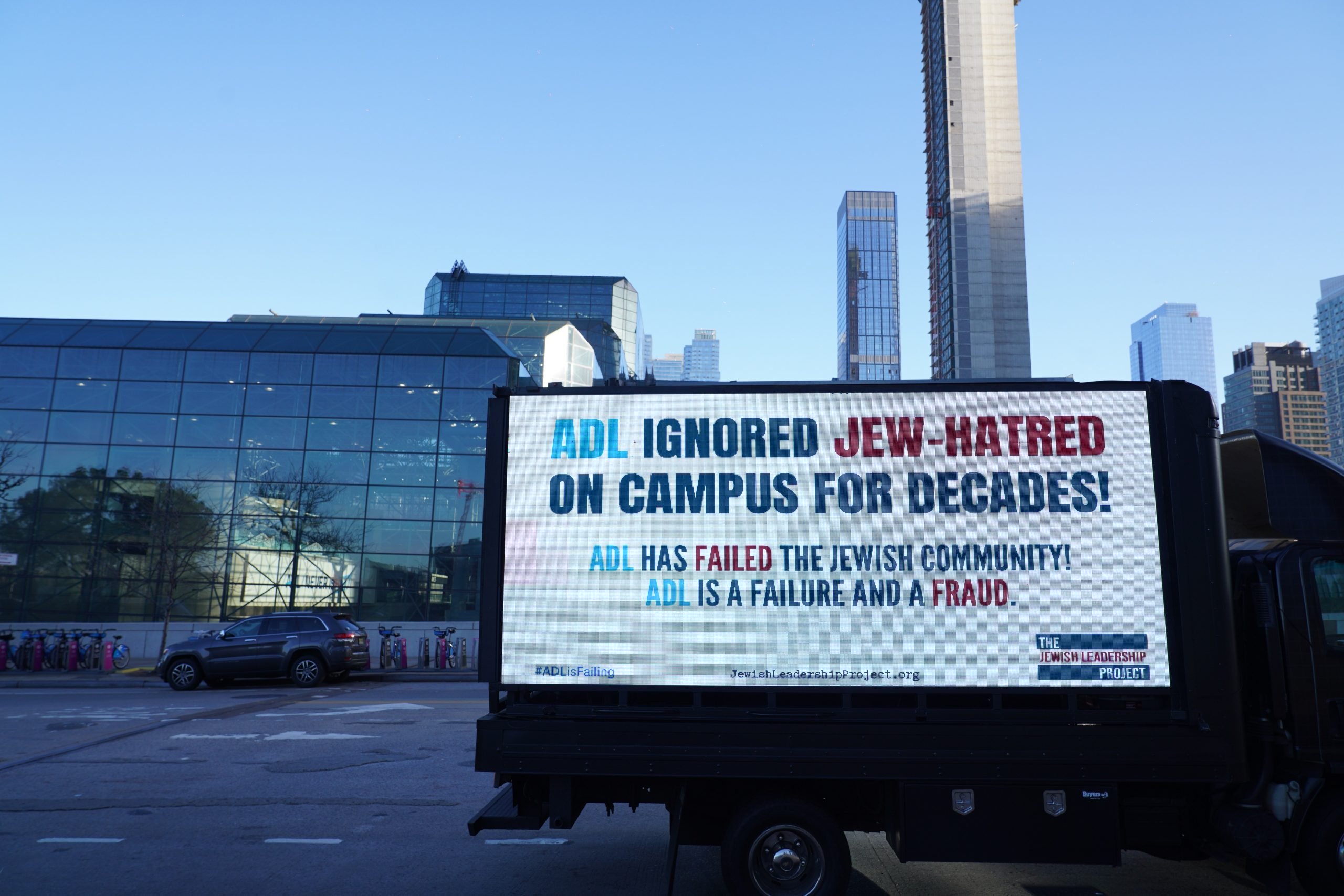 • ADL WENT WOKE, ITS LEADER IS A JOKE!

ADL has been hijacked! Now it is a front group for partisan politics. 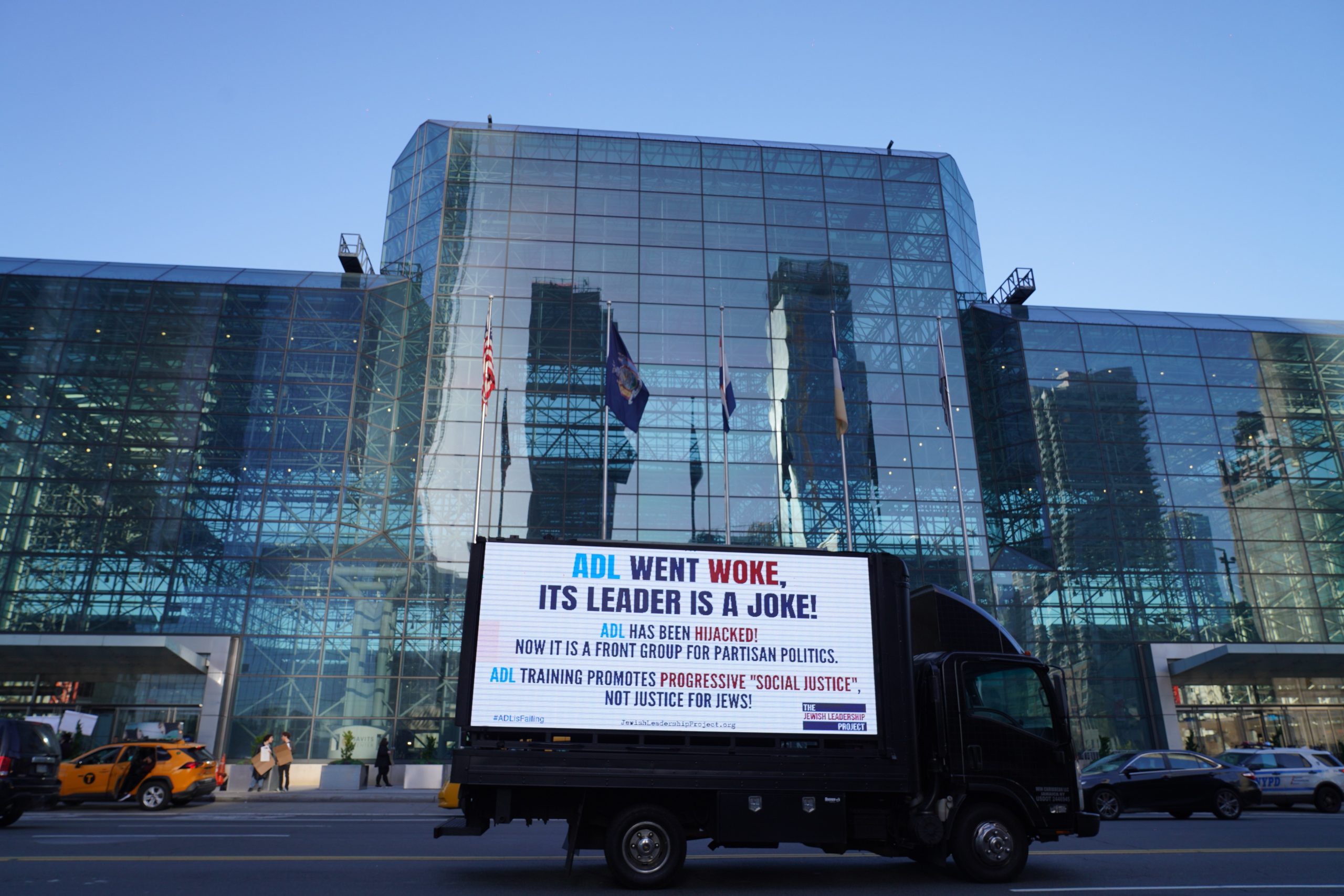 • ADL IS FAILING TO PROTECT THE JEWISH COMMUNITY BECAUSE ITS LEADERSHIP IS MORE LOYAL TO ITS PROGRESSIVE POLITICAL AGENDA THAN TO PROTECTING AMERICAN JEWS! 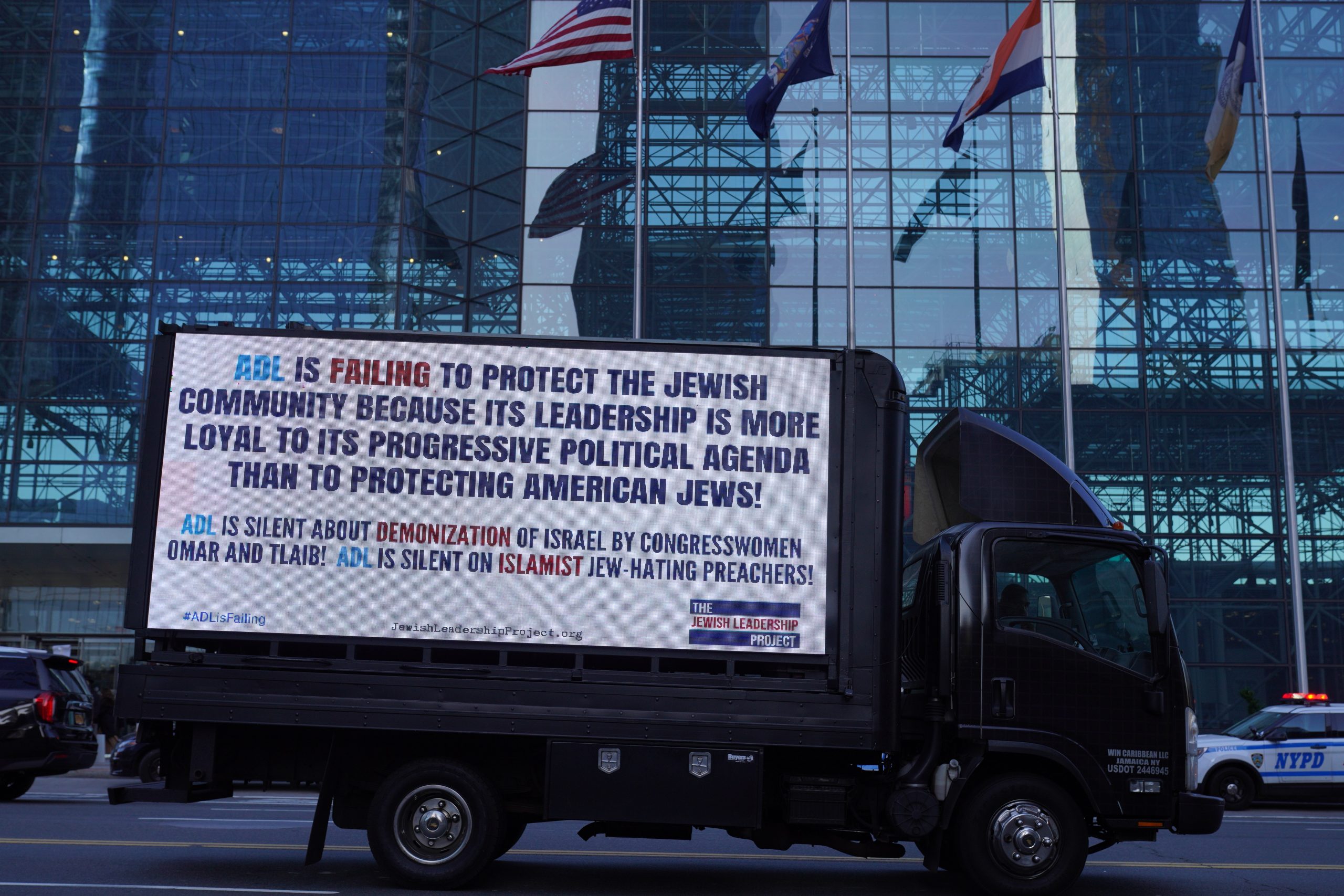 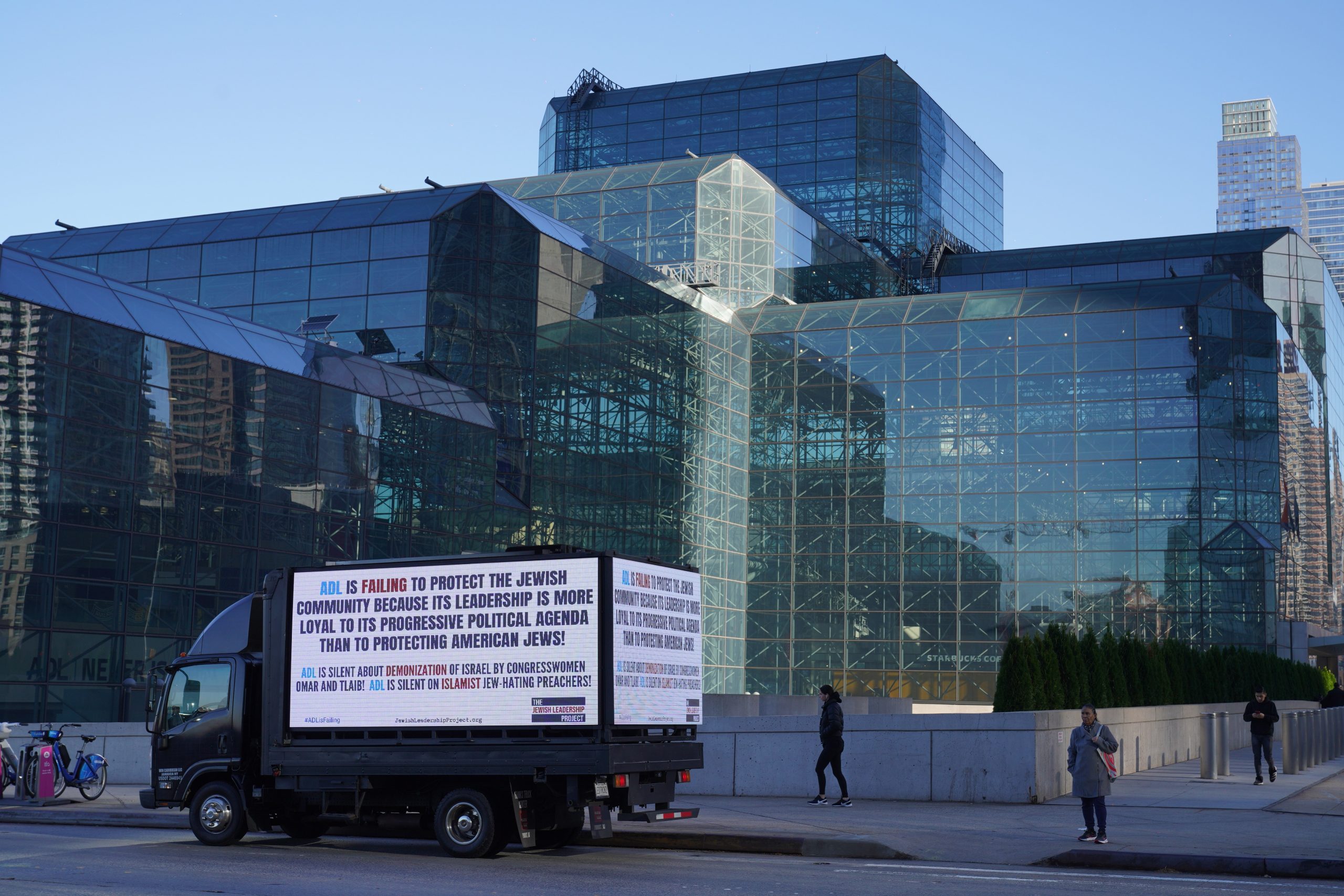 Please contact us if you would like to educate the public about the ADL’s betrayal of the Jewish community.

Truck protests are only one way to make your voices heard. 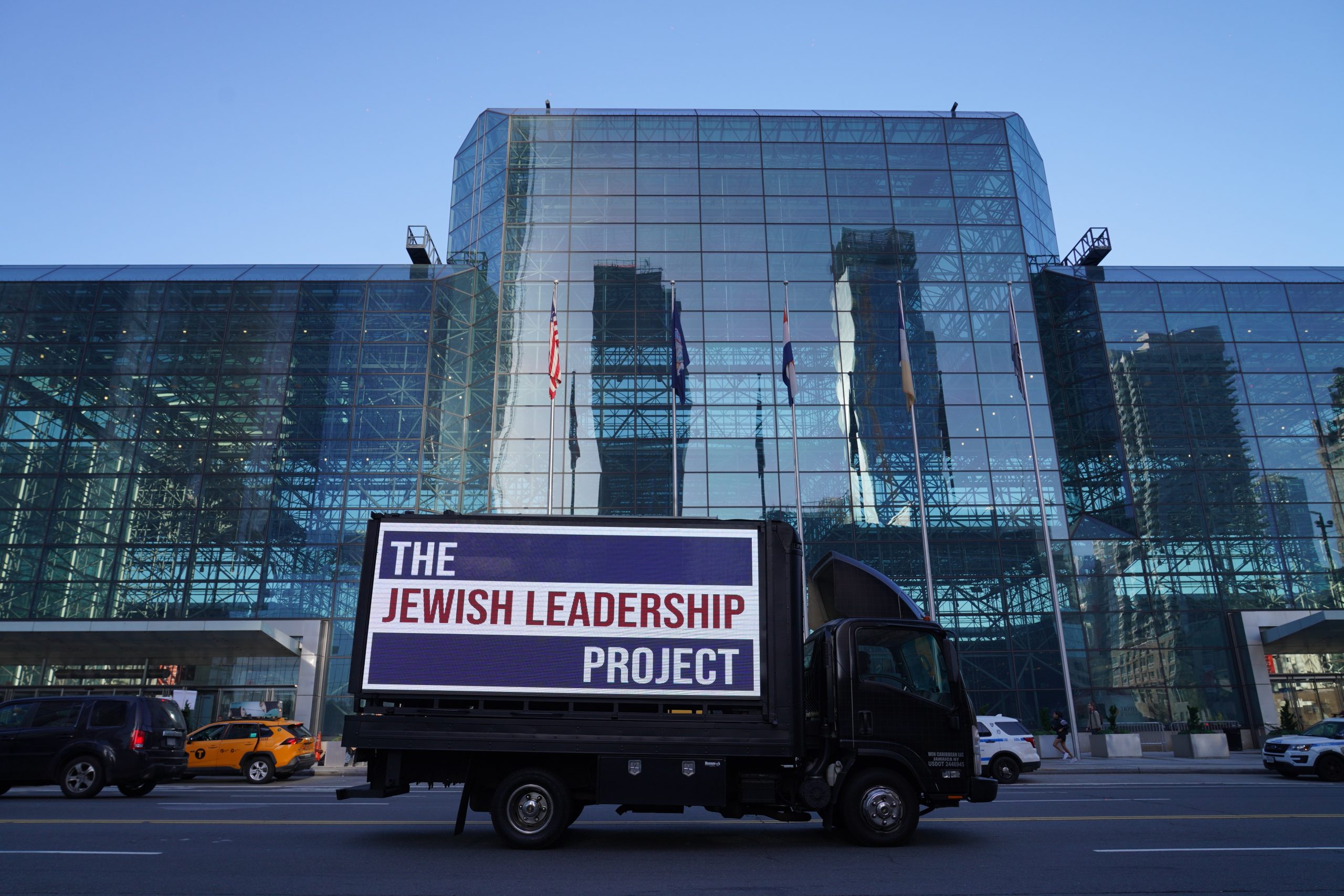 The Jewish Leadership Project is a special project of Americans for Peace and Tolerance.