(This article was originally published on Breitbart.com) 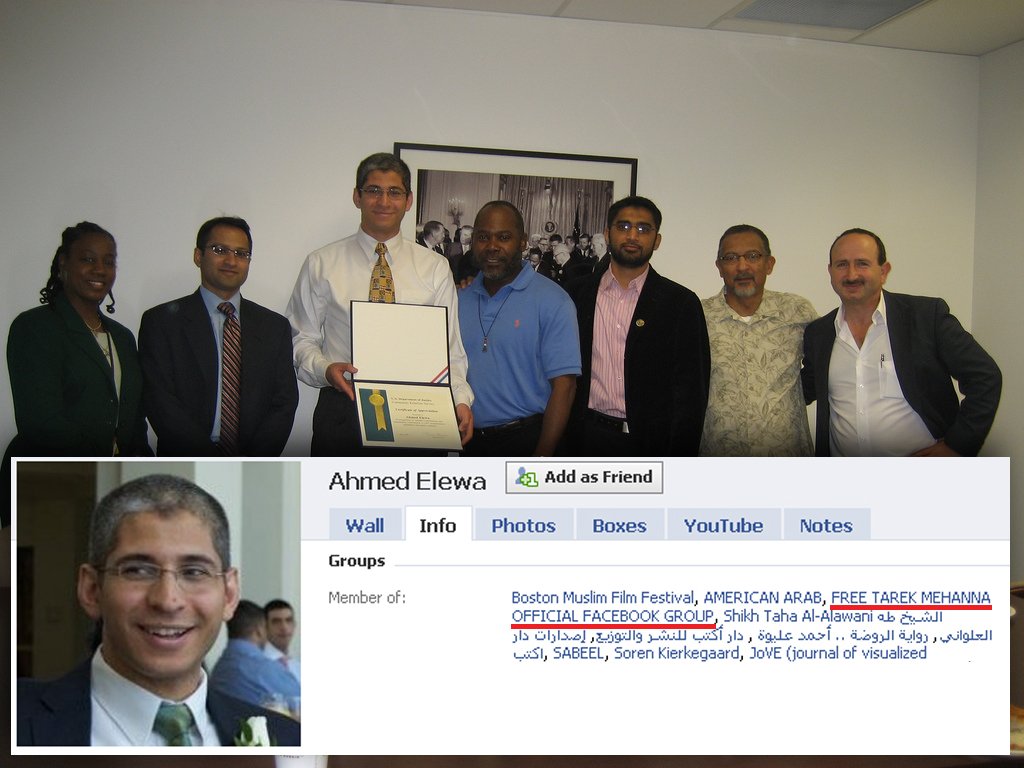 On Wednesday, February 18th, the Obama White House will showcase what it considers its counter-terrorism successes at the Countering Violent Extremism Summit.

It must be said that Obama’s “countering violent extremism” formulation is a craven euphemism meant to hide the truth. Even Obama’s own supporter, Thomas Friedman of The New York Times, understands that the main threat to America and the world at large comes not from just any kind of violent extremism, but from “Islamic extremism,” a term Obama is unwilling to utter.

In the run-up to the Summit, the White House cited Boston as one of three pilot cities that has led the way in “countering violent extremism.” Nothing can be further from the truth: the central Muslim institution with which Boston law enforcement agencies are partnering against extremism is itself extremist.

The Islamic Society of Boston (ISB) and its political arm, the Muslim American Society, are seen in Boston as the go-to groups for federal and local law enforcement agencies. The Justice Department (DoJ) has been engaged in outreach with the ISB and MAS since shortly after 9/11 through another euphemistically named initiative – the so-called BRIDGES (Building Respect in Diverse Groups to Enhance Sensitivity) Forums. The DoJ has given out community leadership awards to MAS and ISB leaders – even some who have incited Muslims against the FBI. ISB mosques host law enforcement career fairs with representatives of federal agencies, such as the FBI, TSA, and ICE, as well as Boston and state police. In 2010, MAS presented current Massachusetts Attorney General Maura Healey with a $50,000 grant to fund Muslim sensitivity training for law enforcement officials.

Yet both the ISB and the MAS are Muslim Brotherhood front groups, with the MAS identified by federal prosecutors as the “overt arm of the Muslim Brotherhood in America.” And over the past decade, 12 ISB/MAS worshippers and leaders have engaged in terrorist activity that either landed them jail, made them fugitives from federal authorities, or got them killed by law enforcement.

In Boston, deception and self-deception have been the rule: The first Islamic Society of Boston mosque in Cambridge was founded in 1982 by Abdulrahman Alamoudi, a man who convinced both Presidents Bush and Clinton that he was a moderate, but who turned out to be a Muslim Brotherhood operative. He is now serving a 23-year prison term for raising money for al-Qaeda.

For decades, ISB radicals have cultivated Muslim students from Boston’s schools and campuses. Some became notorious jihadis. Aafia Siddiqui, a highly regarded ISB congregant at Massachusetts Institute of Technology, raised money for al-Qaeda at Boston mosques and, as “Lady al-Qaeda,” became the most wanted woman in the world. Arrested in 2009 in Afghanistan with plans for a mass casualty attack on New York City, she opened fire on FBI agents and is now serving 86 years in prison for attempted murder.

Starting in 2000, with millions of Saudi dollars, the Islamic Society of Boston built its second mosque in Roxbury, the largest mosque on the Eastern Seaboard. When it emerged that Yusuf Qaradawi, the spiritual leader of the Muslim Brotherhood, was a founding trustee, the ISB told Boston officials that his name on their documents was “a clerical error.” When informed that federal authorities labeled the Muslim American Society “an overt arm of the Muslim Brotherhood,” Boston officials again turned a blind eye. Qaradawi calls for the genocide of Jews and the murder of homosexuals. Interpol has a warrant for his arrest on charges of incitement to murder.

Meanwhile, several Boston Muslim youths, inculcated with the theology of jihadism, have acted upon their convictions. Tarek Mehanna, an Islamic Society of Boston congregant who planned a machine-gun jihad attack on a mall in Attleboro, Massachusetts, was convicted in 2011 of providing material support to al-Qaeda and is now serving 17 years in federal prison. Ahmad Abousamra, indicted with Mehanna, fled to Syria in 2006, where he resurfaced as an Islamic State “social media guru.” Islamic Society of Boston congregant Rezwan Ferdaus, arrested in 2011 for planning to send remote-controlled airplane bombs into the U.S. Capitol, pleaded guilty and is serving 17 years in federal prison.

Several Islamic Society of Boston-Muslim American Society leaders themselves turned out to have been jihad supporters. Oussama Ziade, a major ISB donor indicted in 2009 for dealing with terrorist funds, is a fugitive living in Lebanon. According to The Times of India, Hafiz Masood, a Muslim American Society religious leader deported for immigration offenses, raised money and recruited people in Boston for his brother’s terrorist group, which committed the Mumbai massacre. Now in Pakistan, he is the terror group’s director of communications.

Then there are the Boston Marathon bombers. Tamerlan Tsarnaev, caught on surveillance tape placing a bomb, changed his persona, according to his ex-girlfriend, after joining the ISB: “One minute he was a normal guy, the next minute he is watching these crazy Muslim videos.” His brother Dzhokhar, who occasionally attended the Islamic Society of Boston, allegedly helped place and detonate the bombs that killed three and injured 264 – and to murder MIT police officer Sean Collier.

Some leaders of the Islamic Society of Boston-Muslim American Society, who partner with Boston law enforcement, have defended Siddiqui, Mehanna, and Masood as victims of a supposed American war on Muslims. Most egregious among them has been Imam Abdullah Faaruuq, the same man who gave the MA Attorney General a $50,000 grant for law enforcement trainings. A respected Boston Muslim leader, Faaruuq frequently attends events with major politicians like then-Senator John Kerry. Meanwhile, he has been inciting Boston Muslims against the U.S. government and law enforcement agencies, raising money for Aafia Siddiqui, and telling worshippers that “after they’re finished with Aafia, they’re gonna come to your door.” According to Faaruuq, “They call this the land of the free and the home of the brave. And I call it the land of the coward and the home of the slave.” In one sermon, Faaruuq urged Boston Muslims to “pick up the gun and the sword, don’t be afraid to go out there and do your job.”

In 2011, around the same time the FBI participated in a law enforcement career fair at the ISB’s Roxbury mosque, the mosque held an event with the families of four convicted terrorists from around the country. The event focused on bashing the FBI for supposedly unfairly persecuting innocent Muslims.

All along, the Islamic Society of Boston has hosted speakers and programs that preach Islamic supremacism and hatred. The recently resigned Imam Suhaib Webb, who for years ran the Roxbury mosque, promotes a national program, called “Young Muslims of the Islamic Circle of North America,” which educates American Muslim youth in classical and modern jihad ideology.

Far from being a model, Boston should serve as a cautionary tale — about deception and denial. To counter today’s “violent extremism” we need to deal with the root cause — the spread of Islamist ideology. Those who promote and enable Islamist ideology should not be able to do so in secret. How many more Muslim children will be poisoned and turned into terrorists, and how many American lives will be lost before we demand to know what is being taught in America’s Islamic communities and who is doing the teaching? We must embrace the true moderate Muslims who can defend America by proactively countering the radicalizing doctrines that reach into their communities.