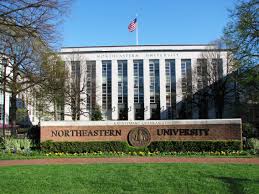 Americans for Peace and Tolerance (APT) commends President Aoun for his response to the anti-Semitic vandalism that took place on Northeastern University campus on November 7th, 2014. We applaud his strong condemnation of this hate crime and his expression of strong support for Northeastern’s Jewish student groups.

President Aoun’s forceful response comes in the context of rising hostility toward Jewish students on American campuses. Radical faculty have been demonizing the Jewish state for decades, encouraging students to take part in aggressive campus activism, which easily spills over to hatred and sometimes violence. President Aoun’s strong position stands in heavy contrast to the stance of many university administrators, who have largely failed to properly address this problem.

At Northeastern, as at other campuses, hatred and hostility are not new phenomena, and fighting them requires more than just strong condemnations. Sadly, over the past several years, certain radical faculty and student organizations have created a toxic campus climate for Jewish and pro-Israel students at Northeastern, which violates Northeastern’s proclaimed values.  We urge the administration to go beyond President Aoun’s important statement and to initiate a more comprehensive program to educate the Northeastern community about respecting Jewish students on campus and the inalienable right of Jewish self-determination concretized in the Jewish homeland of Israel.  Jewish students on campus are entitled to equal protection like other vulnerable minorities. We firmly believe that the school needs to better educate faculty and students about sensitivity to Judaism and Israel and the dangers of modern-day anti-Semitism

Americans for Peace and Tolerance