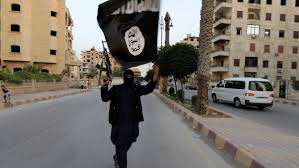 In his recent UN speech, Israeli Prime Minister Benjamin Netanyahu made the case that Hamas and ISIS “are branches of the same poisonous tree… [who] share a fanatical creed which they both seek to impose well beyond the territory under their control.”

Islamic State’s self-declared caliph, Abu Bakr Al-Baghdadi, Bibi told the world body, says that “A day will soon come when the Muslim will walk everywhere as a master… and destroy the idol of democracy. [Khaled Meshaal, the leader of Hamas] proclaims a similar vision: ‘We say this to the West …By Allah you will be defeated. Tomorrow our nation will sit on the throne of the world.” He added, “Hamas’s immediate goal is to destroy Israel. But Hamas has a broader objective. They also want a caliphate… [For the militant Islamists] all politics is global…because their ultimate goal is to dominate the world.”


But US State Department spokesperson Jennifer Psaki demurred. When asked whether ISIS and Hamas both are parts of a larger Islamist movement to control the world she stated, “We would not agree with that characterization, no.”

Hamas writings and preachments clearly call for global domination by Islam and for genocide against all Jews. There are differences, to be sure. Hamas wants to start ‘liberation’ with Gaza, then Palestine, while ISIS doesn’t recognize any state outside its caliphate — Arab, Muslim or otherwise. But these are questions of tactics and priorities, not goals. Hamas’s interior minister, Fathi Hammad, clarified this matter last year: “We shall liberate our Al-Aqsa Mosque, and our cities and villages, as a prelude to the establishment of the future Islamic Caliphate … we are at the threshold of a global Islamic civilization era.”

Sadly, deliberate ignorance about Islamism seems a fundamental principle of the Obama administration. Director of National Intelligence James Clapper has claimed that the Muslim Brotherhood is “very heterogeneous group, largely secular.”The Justice Department labelled the Fort Hood shootings and the recent Oklahoma beheading – both by Islamists — “workplace violence.”The murder of Private Andy Long in Little Rock by a man who said he “did it for Allah” was termed a “drive-by shooting.” (Imagine the Obama administration labeling the murder of a black person by a Klansman shouting the “N” word, “workplace violence” — no matter where it occurred.)

This kind of systematic obfuscation has been most obviously present in American foreign policy on Israel. Since 1968 every American administration has committed itself to the Arab-Israel “peace process,” expressed as “the two-state solution,” and based on the theory that caliphate-yearning Islamist supremacism is a marginal, isolatable problem and not a factor in the Arab-Jewish war.

Since the 1980s, the US has sought out and then anointed Palestinians like Yasser Arafat as “moderates,” or ‘would be moderates,’ to preserve the fantasy, which has suffered much, but has survived the “Arab spring,” Hamas genocide-intended rocket attacks, and even by the rise of ISIS. The State Department today needs to deny that Hamas and ISIS are branches of the same tree because to admit otherwise would undermine one of the central myths of American foreign policy, namely that this is a border conflict, not a jihad.

Western guilt and Arab propaganda have created a dangerous misunderstanding of the Arab world. They promote the false assumption that Western or Israeli conduct is the cause of the Middle East’s problems and as a corollary they spawn a coherent set of lies: The Arab world is seeking freedom and democracy; national self determination is the cornerstone of a peaceful Middle East; radical Islamic movements like ISIS and Hamas are marginal and unrelated.

For how long can we ignore Bibi’s warning? What catastrophe has to occur before Americans and especially Jews wake up to the ugly reality we face?

Originally published in The Jewish Advocate