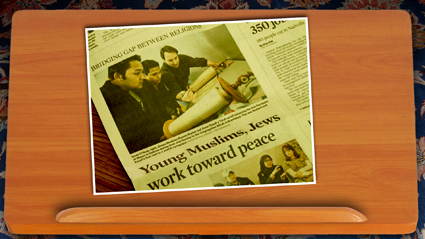 While claiming that it sees Islamic extremism as the biggest threat to World Jewry, the Anti-Defamation League very rarely addresses what ADL President Abraham Foxman has insisted is, “the highest priority for ADL.” Even as Jewish safety is increasingly deteriorating around the globe, a large chunk of the ADL’s press release activity is apparently focused on “social justice” political issues like abortion, gun control, and due process rights for Guantanamo detainees. Most alarmingly, however, is the ADL’s increasingly frequent collaboration with the same exact Islamic extremists that promote anti-Semitism within their community. Nowhere is this more apparent than at the ADL’s branch in Michigan, where the ADL has been working with the Hamas front group, the Council on American Islamic Relations and failing to vet viciously anti-Semitic imams, giving them a pass with the broader community.