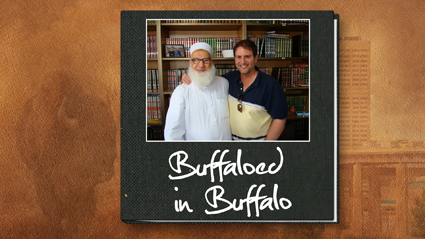 Rabbi Marc Schneier is a leading exponent of Jewish-Muslim dialogue. As founder of the Foundation for Ethnic Understanding, he described in Newsweek the successes of his second annual “Weekend of Twinning of Synagogues and Mosques.” This interfaith initiative brings together “100 synagogues and 100 mosques” for a weekend of interfaith programming. Unfortunately for the Rabbi, he used, as a local example of mosque-synagogue twinning the case in Buffalo, NY – a case which shows just how easily Jews can be deceived by radical Muslims posing as “moderates.” The Twinning project in Buffalo was coordinated on the Muslim side by a Syrian dentist with close ties to the Bashar Assad regime. Three Buffalo rabbis had unknowingly endorsed a top cleric in the Syrian Religious Ministry as the keynote speaker at the Twinning event, whose anti-Semitic and anti-American sermons in Arabic we found and publicized.